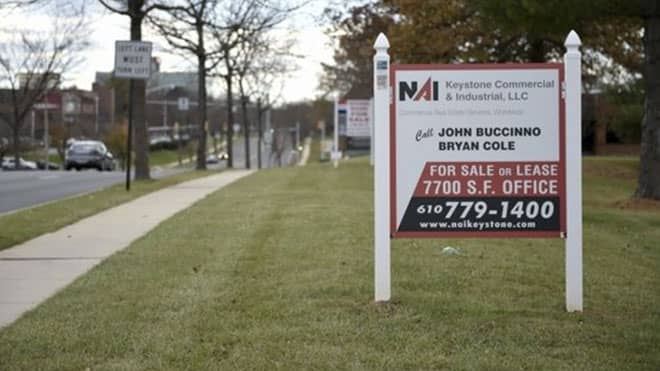 And in Berks County, even though signs appear plentiful touting office space availability, overall vacancy conditions are deemed to reflect the national trend with certain qualifications, according to a principal at NAI Keystone Commercial and Industrial LLC, a major commercial real estate firm in Wyomissing.

CBRE Group Inc., a real estate services and investment firm based in Los Angeles, reported an overall 8 percent U.S. medical office building vacancy rate in early 2017 compared to a 13 percent vacancy rate for other market offices for the same period.

“The steep increase in the 65 and over population and anticipated greater need for in-office physician services by this group signals a continued increase in demand for health care services and medical office space in the years ahead,” said Andrea Cross, head of office research, CBRE.

The 65 and older population is expected to double from 2015 and 2055 to more than 92 million and comprise 23 percent of the nation’s population based on estimates by the Census Bureau.

“I think we are fairly similar in medical office vacancy rates in relation to the types of secondary and tertiary markets of our size,” said Bryan Cole, principal at NAI Keystone. “We, indeed, are reflecting what’s going on overall in the medical field.

“The aging population here is a driving force without a doubt,” he said. “We’ve certainly seen that impact over the past five or six years in the need for health care.

“When you look at the vacancy rates in our area, you see a consolidation happening with multiple practices in one building under one roof. These real estate moves in the health field are often about accessibility and ease.”

“Several smaller, less efficient medical buildings have been placed on the market for sale or lease, however these facilities are becoming outdated and too small to benefit or attract larger health systems,” he said. “The growth pattern seems to indicate larger, better located facilities, with easy access to customers and better technology.”

In Berks, the medical office growth is stronger in the suburbs and outlying areas as compared to center city, Cole said.

Even though the Berks Community Health Center and a satellite campus affiliated with Penn State Health St. Joseph Medical Center are within the city, the major county health system, Tower Health, is located outside the downtown and so are many other health system satellites and outpatient care facilities.

Cole said NAI Keystone doesn’t separately track medical office space, but rather overall market office space in two categories, Class A and Class B. He said the Class A buildings score higher in areas of accessibility, infrastructure, location, amenities, age and specific condition of the properties.

In Reading, the 2017 vacancy rate for structures deemed Class A was 7.75 percent, while the less desirable Class B facilities had a 24.50 percent vacancy rate.

“In our market, we have a lot of clients moving from building to building usually in efforts to increase their footprints (expanded space) rather than going to new locations,” Cole said, noting that new construction in the area has remained flat for the past several years.

While Cole’s report addresses overall office market space versus CBRE’s more narrow breakdown for medical office space, the Class A vacancy rates in both Reading and suburbs were below the national 13 percent vacancy rate for market office space reported by CBRE in early 2017.

Cole cited two building sales, the Teleflex facility along Route 183 and a 200 North Park Road property in Wyomissing, as adding to office vacancy rates in the county this year.

In addition, the V.F. project, which houses many existing tenants, also will probably add additional vacancy space in the next 12 to 24 months, he said.

“At the end of the day, we have a lot of new space on the market today than during the same period last year,” Cole said.

As for commercial real estate signs touting office vacancies, particularly in Wyomissing and Spring Township office complexes, Cole said some of the signs are strategically placed for marketing, but also reflect some tenant movement between buildings or issues involving leasing renewals.

“Basically, yes, I think Berks County is in a good position to meet people’s medical office needs for the future because we have existing structures and land on which to build.

“I’ve seen a lot of real estate reports that come out and blanket everything together, but you have to look deeper at the local situation and account for several factors to get a better indication of what is actually going on,” Cole said.