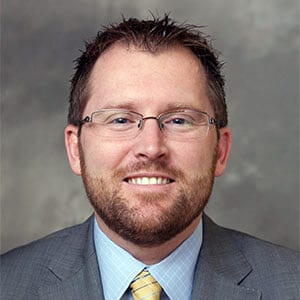 Bryan joined NAI Keystone in July of 2004, prior to joining NAI, Bryan spent 4 year’s active duty in the U.S. Marine Corp., where he was stationed across the world in various areas.

Prior to joining the military Bryan resided in Springfield, Delaware County where he was involved in the construction of commercial and multi-unit properties. Bryan has experience working with a diverse group of individuals in numerous countries throughout the world. During Bryan’s time at NAI, he has sold and leased in the excess of $575 Million Dollars’ worth of Commercial Real Estate. Because of this, Bryan earned NAI gold club status his first year in the business. Bryan has earned the distinguished SIOR designation and has been the Top Producer at NAI since 2006 with an average of $40 Million in production annually, and averaged over $65 Million 2012 – 2016.

Bryan has concentrated his efforts on medical and office property along with Big Box industrial development projects.

Although locally based in Greater Reading, Berks County, Bryan represents clients from all over the country and has completed deals in various parts of the United States.