NAI Keystone’s Bryan Cole handles the sale of a 7,648 sf. MOB in Wyomissing PA.  The property was owned and operated by Diagnostics Health Corporation who hired NAI to sell the asset.  The facility was set up for an imaging operation.

The property located at 1025 Berkshire Blvd, Suite 500 is located in the Berkshire Commons condo association in Wyomissing PA.  The site is a free-standing building with easy access to major berks corridors and located in the  heart of the Berks Medical community. 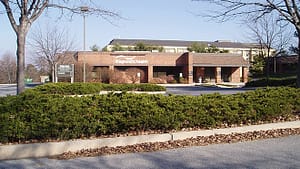 NAI Keystone was sole broker in the transaction; NAI keystone is also assisting Diagnostics Health Corp in the sale of two fully occupied MOB’s in Beaumont Texas, and Jackson Texas.  The leases totaled 24,000 sf. in two free-standing buildings which are also being leased as imaging centers.

About Bryan Cole and NAI Keystone
Bryan joined NAI Keystone in early 2004, but before joining NAI, Bryan Cole spent 4 year’s active duty in the United States Marine Corp, including a 6 month deployment in Afghanistan, a 4 month deployment in Kuwait/Iraq, and a 7 month deployment in Japan. Prior to joining the military Bryan was involved in the construction of commercial and multi-unit properties in the Philadelphia suburbs. Bryan has experience working with a diverse group of individuals in numerous countries throughout the world. During Bryan’s time at NAI, he has sold and leased well over $230 Million Dollars worth of Commercial Real Estate. Because of this, Bryan earned NAI gold club status his first year in the business. Bryan is currently working on earning both his CCIM designation and SIOR designation. Bryan has been NAI Keystone’s Top Performer from 2006 – 2011.
NAI Keystone is a full service commercial and industrial real estate firm located in Reading, Berks County.  NAI Keystone manages and handles approximately 4 Million square feet of commercial and industrial space in Berks and Schuylkill County.  NAI is the only firm in Berks County dedicated to strictly commercial real estate.  www.Bryan-Cole.com.
610.779.1400 (o) | 610.779.1985 (f)