With demand expected to outpace supply through 2014 and rents finally beginning to rise again, commercial real estate investors are increasingly interested in placing capital in the U.S warehouse sector.

“If you look at which sector will be the next for capital to flow, industrial is a very good bet,” said Rene Circ, director of industrial research for CoStar’s Property and Portfolio Research (PPR) who with Senior Economist Shaw Lupton presented the First-Quarter 2013 Industrial Review and Outlook. “Multifamily is a bit too pricy, and the office recovery may be too early in the cycle, while office cap rates are below warehouse cap rates.

“We see more capital flowing into this sector than ever before, and more and more investors are interested in learning about it,” Circ said.
CoStar recorded just under 35 million square feet of positive absorption in the 210 largest metros across the country, with more than ¾ of those markets showing growth in demand. 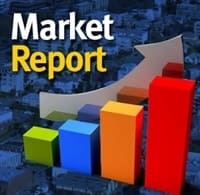 While that’s down from the 53 million square feet during last year’s exceptionally strong fourth quarter — and still 20-30% below what absorption levels would be if GDP were running at, say, 3% growth — the main encouraging sign last quarter was the miniscule 8.4 million square feet of negative absorption spread across 54 of the 210 markets covered, the lowest since the recovery began.

With very little new space being delivered, demand is translating into quick occupancy gains and a deepening, widening recovery. Average asking rents have finally moved slightly off their recessionary bottom. The industrial vacancy was 8.6% in the 210 largest U.S. markets, down 21 basis points from the fourth quarter and down 91 BPS from first-quarter 2012. In the 54 largest markets tracked by PPR, the vacancy rate was an even lower 8.2%.

Markets with the strongest year-over-year occupancy growth in the quarter were Phoenix, Edison, NJ, and Detroit. Lack of supply pushed rents up in Portland, OR, Indianapolis and the East San Francisco Bay Area. The few markets that saw occupancy losses, such as Lehigh Valley, PA; Indianapolis and the Inland Empire, were mainly due to new product being delivered.

The marketplace is no democracy and the devil is in the details, of course. Picking the right markets and submarkets matters, and their performance varies widely. However, the numbers show that the percentage of U.S. submarkets with rent and occupancy growth is as high as it’s ever been, a clear sign that the recovery is spreading across the country.

The employment picture looks promising for industrial properties, with manufacturing continuing to grow and job growth in transportation and utilities outpacing all service-related sectors. Movement of goods measured in truck tonnage is doing well, while intermodal rail traffic was up 5% in the first 13 weeks of 2013 compared to the same period last year, Circ said.

The not-as-good news is the traffic in virtually every U.S. seaport except Charleston is down, and containerized cargo growth measured in TEUs is significantly lower than last cycle. With China’s entry to world trade markets, the change is likely more structural than cyclical, and a return to 2006-07 traffic levels, is probably not likely, Circ said.

However, an important cyclical factor for the industrial market, housing, is finally on the mend. The increased spending, construction and other economic activity that accompanies the housing rebound imply considerably more opportunities for industrial investors in a more markets, Lupton said.

“This is the last piece of the puzzle we’ve been waiting for an improvement in. Households did not stop forming, and we’re adding 1.1 million households, but housing at only half that rate. Even Detroit and Las Vegas are seeing housing starts, and we think that’s going to be a big story for industrial investors.”

It might come as a surprise to some investors that newer bulk-distribution warehouses saw little demand decline during the recession, Lupton said.

Warehouses of at least 100,000 square built since 1990 have never posted a quarter of negative absorption, and their total occupied space is more than 200 million square feet above prerecession levels.

For investors, this has presented value-add opportunities in a wide range of markets. However, bigger assets – particularly in regional and national distribution hubs-struggle with new competition. In general, local/regional industrial hubs that tend to get less building post higher occupancies today and have done so historically.

Slicing warehouse occupancies by this “new and big” segment of the market built after 1990 and 100,000 square feet or more highlights the occupancy risk that new supply poses, especially in the national distribution markets where developers have been most active, Lupton said.
While investors in these markets enjoy good leasing velocity, high-credit tenants and strong liquidity, the competition in this new and big segment can be intense.

Investors should also invest in markets with less sophisticated tenants as a strategy to backfill distribution space as it ages. But the lack of supply in this kind of market enables it to post consistently higher occupancies as tenant demand rises, giving landlords better long-term pricing power.

CoStar took a quick survey of clients who attended the webinar. Their takeaways provide a window into sentiments about strengthening markets, and what CRE professionals and others are thinking about at the local level.

Too Much Supply On the Phoenix Horizon?

The investment climate is strong right now for industrial property in the Phoenix market and the number of quality offerings is limited, said Frank Demeter, Jr., principal of Scottsdale, AZ-based Boulders Realty Advisors.

“Demand should remain strong in Phoenix for large distribution, but many are worried about planned construction activity in that segment,” Demeter said.

Existing Inventory Filling Up In Atlanta

Judith Bennett, senior vice president of the national self-storage group for Atlanta-based Bull Realty, Inc., sees increasing occupancy for existing industrial inventory and heightened activity from both tenants and owners due to rising business and port activity, as goods movement ramps up to serve growing populations in Atlanta and a number of other cities.

With interest rates still low, more investors are heading to the industrial market, where properties are viewed as being less intense to manage.

“I see slowly increased and positive activity, especially with the filling of existing properties,” Bennett said.

Aaron Roberts, manager of brokerage services for The Saywitz Company, noted that Los Angeles posted the worst demand growth during the quarter while the Inland Empire performed the best within the Southern California markets.

“Developers are betting their money on the continuing trend of Los Angeles manufacturing and warehousing moving east to the Inland Empire,” he said.

Dan Mincher, sales and leasing associate with The Vollman Company, Inc. in Sacramento, CA, found the disparity between conditions in various industrial markets to be the most interesting conclusion of the presentation.

“While vacancy rates and net absorption have been flopping around, Sacramento’s industrial market is firming up and we’re seeing early signs of new demand,” he said.

Mincher foresees a slight improvement in effective rents, with fewer or smaller incentives as owners begin to feel some stability in demand.

“It is helpful to see that something which appears to be an individual market anomaly is actually a broader nationwide trend,” Rebman said. “One reason this information seems counter-intuitive is because one would think that companies would have down-sized into smaller spaces and vacated the largest buildings.

“My takeaway is that while industry is recovering, port growth is not expected to continue its pre-recession expansion, which is an issue for Baltimore,” said Dr. Marie Howland, professor of urban studies and planning and director of the Ph.D. program at the University of Maryland.

Article by Randyl Drummer of Costar