The Greater Reading Suburban Office Market ended the second quarter 2013 with a vacancy rate for Class A Office buildings at 15.60%.  This is a decrease in vacancy rates from 1st quarter 2013 and an increase in vacancy from same period 2012.   The average rental rates increased to $16.50 – $21.50 per square foot Modified Gross which is an increase in the rates from the same period 2012.

Deals of primary focus within Class A building sector were the 6,863 sf. lease at 1220 Broadcasting Road, which was a relocation and expansion for the already Wyomissing based organization, and the new Amity Professional Center which Amity Dentistry leased space in the new building located at 957 Ben Franklin Highway, these leases along with a few other assisted in reducing vacancy rates and increasing overall absorption. 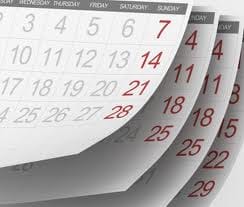 Deals of primary focus within the Class B building sector were the new leases at 965 Berkshire Blvd. of 11,014 sf, and 2001 State Hill Road of 3,500 sf.  The activity level for second generation Class B space has slowed into the second quarter, however this is typical towards the summer months.  We expect an increase within the 3rd quarter 2013.

And the Class C Suburban office market sector ended the 2nd quarter of 2013 with a vacancy rate of 13.0% which was an increase from the 1st quarter 2013.

Our outlook for the office market going into 3rd quarter 2013 is continued optimism as activity levels continue to remain strong.  There are over 200,000 sf. of new lease deals within the Berks County market.

Link to Full Report Here – Don’t forget to join my members only website for up-to-date market reports, press, and many other tools and resources at www.NAIKeystoneMembers.com